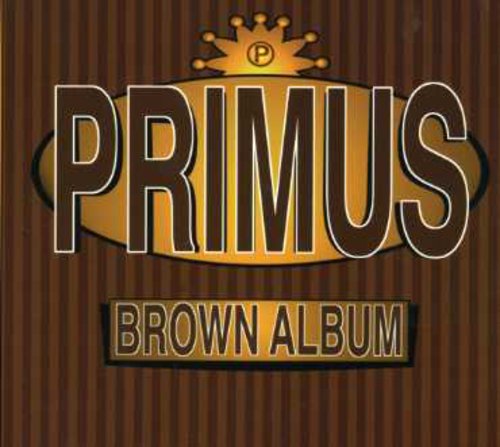 Recorded at famed Rancho Relaxo, the 6th full-length by Primus was produced by the band, and tracked/mixed using vintage analog equipment. With the success of such singles as "John the Fisherman," "Tommy the Cat" and the Grammy nominated "Wynona's Big Brown Beaver," Primus is poised once again to rattle the cage of alt-rock programming with "Shake Hands with Beef" (1st radio track) and the folklorish narrative of "Fisticuffs." Primus is on this year's H.O.R.D.E., tour, with Beck, Neil Young's Crazy Horse and Morphine.

Brown Album is the fifth studio album by alternative rock band Primus. It was released on July 8, 1997. It was the first Primus release to not feature drummer Tim Alexander and the first to feature Bryan "Brain" Mantia on drums. - Wikipedia