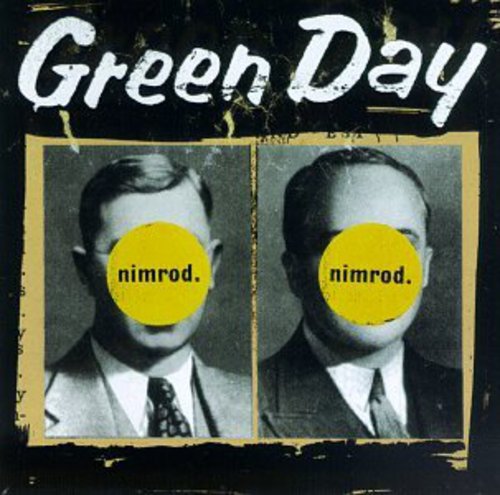 ''Nimrod'' is the fifth studio album by the American punk rock band Green Day. It was released through Reprise Records on October 14, 1997. The album entered the ''Billboard'' U.S. charts at #10, and achieved double platinum status, although it did not revive Green Day's sales to the level of ''Dookie''. ''Nimrod'' achieved critical respect and yielded the acoustic hit "Good Riddance (Time of Your Life)". The album was released in Europe as an HDCD. It is the band's fourth best-selling album (behind ''Dookie'', ''American Idiot'', and ''Insomniac)'' with a sale success of 2,083,000 copies sold in the US alone and over 6 million worldwide. The portraits covered on the album cover are Dwight D. Eisenhower and Harry S. Truman.''