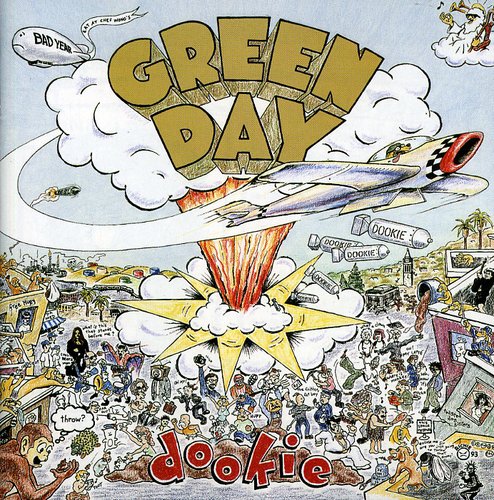 ''Dookie'' is the third studio album and the major label debut by the American punk rock band Green Day. It was released on February 1, 1994 through Reprise Records. It was the band's first collaboration with producer Rob Cavallo. ''Dookie'' became a worldwide commercial success, reaching number two on the U.S. ''Billboard'' 200 and charting in seven countries. The album helped to propel Green Day into mainstream popularity, amid claims from the punk rock community that the band had "sold out".

''Dookie'' produced five hit singles for the band, "Longview", the re-recorded "Welcome to Paradise", "Basket Case", "When I Come Around", and the radio-only single "She". ''Dookie'' is the band's best-selling album, with over 15 million copies sold worldwide and over 10 million copies sold in the U.S. alone. ''Dookie'' won the Grammy Award for Best Alternative Music Album in 1995. In 2003, Rolling Stone ranked Dookie at 193 on the list of the 500 Greatest Albums of All Time. - Wikipedia