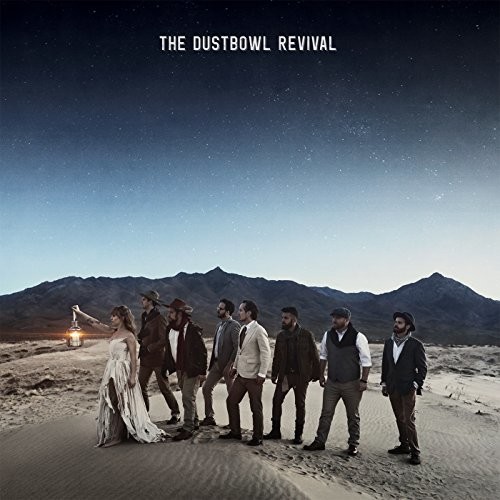 Vinyl LP pressing. Over the past few years, The Dustbowl Revival has been making a name for itself with a vibrant mix of vintage Americana sounds. Critics have proclaimed that this eclectic eight-piece "would have sounded utterly at home within the hallowed confines of Preservation Hall in New Orleans' French Quarter" (Los Angeles Times) and their "upbeat, old-school, All-American sonic safaris exemplify everything shows should be: hot, spontaneous, engaging and, best of all, a pleasure to hear" (L.A. Weekly). Rob Sheffield, in Rolling Stone, hailed them as a great band "whose Americana swing was so fun I went back to see them again the next day." Their new eponymous album, however, finds the Los Angeles-based ensemble evolving and refining it's music. Their always-joyous sound now reveals a more soulful, funky side that exudes deeper emotions and taps a more modern vibe. This new release reveals the band moving in an exciting new direction. Instead of Dixieland jazz and Depression-era folk songs serving as musical mile markers, it mines an energizing vein of soul, funk and roots-infused rock that evokes the work of Fleetwood Mac, Paul Simon, Aretha Franklin and classic Stax recordings, and fits the band alongside such contemporaries as Nathaniel Rateliff & the Night Sweats and St. Paul & the Broken Bones.