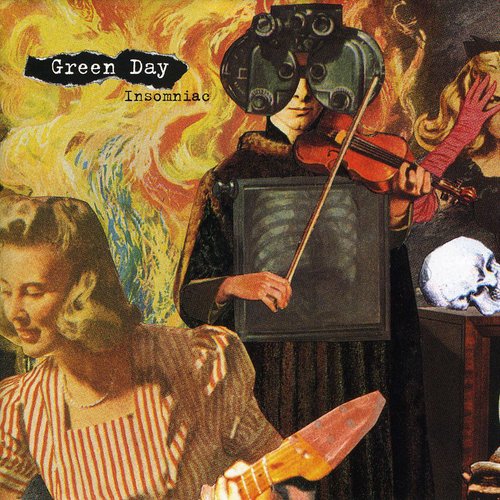 ''Insomniac'' is the fourth studio album by the American punk rock band Green Day. It was released on October 10, 1995 through Reprise Records. Though it reached number two in the United States and went double Platinum (According to the RIAA) by 1996, ''Insomniac'' did not have the sales endurance of its predecessor, ''Dookie'', largely due to its slightly darker lyrical tone and heavier, more abrasive sound. The album is the band's third-best selling album behind ''Dookie'' and ''American Idiot'' with sales at over 8 million worldwide and 2,076,000 copies in the US alone. - Wikipedia